Category: Faith and business Page 1 of 2

In community, Diocese of Norwich, Faith and business 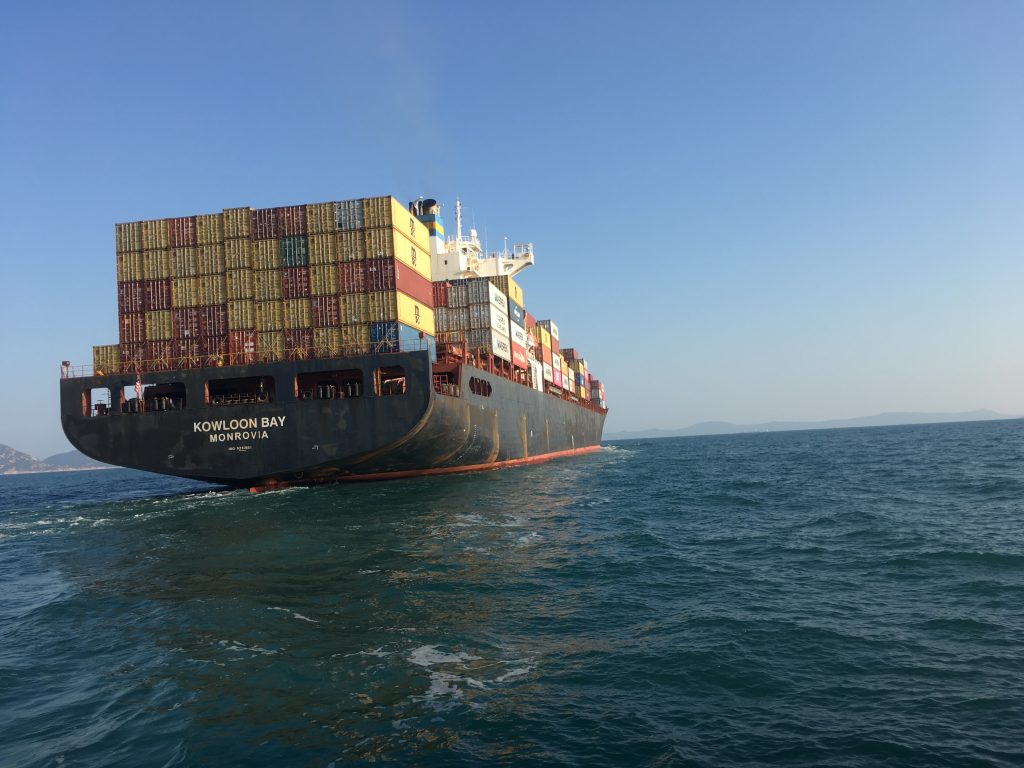 I have always been fascinated by the large container ships that carry vast numbers of containers across the world. In October 2018, I was visiting my daughter and family in Hong Kong and we were fortunate to or not, to get very close to a large container ship.

We were out on a small junk, with a crew of two people and crossing the shipping channel on our way back to Hong Kong. I had seen the large container ship travelling our way and as it came closer we slowed down to let it pass in front of us.

The video shows how close we were, it made us feel very small. This container ship was certainly not one of the largest, but it made me realise how small we are in the big scheme of things. Maybe a speck of dust from outer space, but yet each one of us is special to God!

Like all the things inside those containers, from the smallest reel of brightly coloured ribbons to large boxes of fruit, being small does not matter.

How dependant we are on far away places.

I only met Zindzi Mandela once,and in that few hours could feel the depth of love and emotion that she felt for her family and the cause of the Mandela Legacy Foundation. Her parents Nelson and Winnie Mandela were an enormous force in the anti apartheid movement in South Africa and Zindzi followed in her parents footsteps to lead, to make changes and to ensure all South Africans have a chance in life.

It was enormously sad that Zindzi , so full of life, died on Monday 13th July 2020 at the age of 59. Called away far too soon and she will be missed enormously by her family, supporters and by the wider world, where she was continuing to make a difference through determination and love.

Many projects are underway through Zindzi,  an anti- apartheid protester from an early age, and her ability to engage and make things work, like her father, Nelson who said ”

In 2018 we met Zindzi Mandela at South Africa House, Trafalgar Square, London at the publication of her book with her great grandchildren.  What a special day and invited through our work based organisation Books Go Walkabout,  and one which I will remember as a great honour. 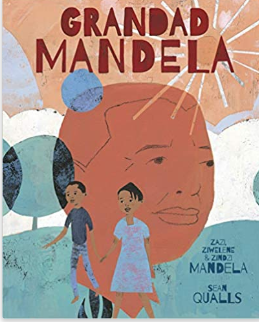 Rest in peace Zindzi and rise in glory.

Come, walk with me… 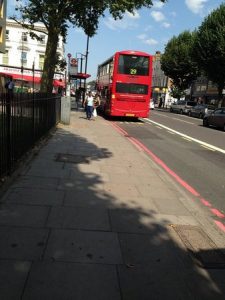 This has been an amazing two weeks in  the UK, a referendum that has seen us  exiting Europe, unbelievable and now  unstoppable. There is so much to say  that I am lost for words and maybe this  isn’t the place to express what I feel in  deep sadness and concern.

And so… recently I was working in  London, just off Southwark Bridge and  had a couple of spare hours to myself, an experience that seldom happens. In my sermon for July 3rd I express what actually happened to me on that day. My intention was to go for a wander in London and a nice coffee somewhere.
What actually happened was not quite as expected, and I found myself in the chapel at Southwark cathedral.

For way of a change to the usual address style, the sermon was delivered by two people, see Sermons 2016.

It is a reflection of how life can change sometimes and take you into places that help you, if you listen in the first place.

Come, walk with me…

What did I need? -1st Sunday in Lent 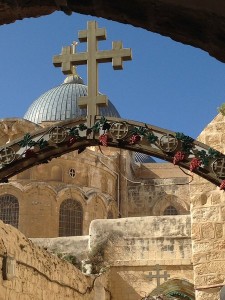 A few weeks ago I was in the Holy Land and I    wondered what I had been expecting on that journey and in that place?

Who would I meet? What would I say? What did I need to take?

I am not sure now what I expected, or had I set out on this journey with the hope that I would merely enjoy it and be pleased that I had made the effort?

And as we start Lent our readings for are about temptation, fasting, God’s promise to Noah, and Jesus resurrection.

Temptation – believing that I have got it all right

Fasting – spending time by suffering in some way

God’s Promise – He will be with us

Jesus Resurrection – Beyond all this that we see and meet Jesus died and was resurrected that we may have that eternal life.

In the Holy Land these aspects were all met and I found that they became alive for me. And who did I meet, what could I say and what did I need to take?

This was the start of our pilgrimage, a day full of wonder and awe, a lake so peaceful and calm, a boat trip to remember for ever, a Eucharist by the shore of the lake, serene and full of the Spirit.

We set out, as many do, into the middle of the Sea of Galilee, peaceful and calm, we had prayers we heard the story of the fishermen and the start of the disciples calling, we saw the geography of that place where Jesus began his work.

After the Bishop had said prayers, there were a few of us who started dancing, to the Jewish dance of Hava Nagila, with music from the crew. – Who would have thought it!! But as always dance was brilliant to express emotions and joy.

We held Eucharist by the shores, and to my amazement,the prayers for that day were for the parish were I now serve and first came to church in Ashwicken.

And towards the end of the day we renewed our baptisms in the River Jordan.

A glimpse into this journey of faith, go to holylandpilgrimage on this site to find out more about the journey. 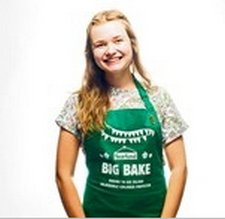 Martha Collison, famous now for her charm and delicious baking on The Great British Bake Off has a really enchanting interview with Church Times on 14 November. It’s always the page that I read first, the back page!!

Martha has teamed up with Tearfund and their Big Bake Tournament, the interview shows just how dedicated Martha is to following her call and using her baking skills to support other young people across the world.

She is an activist against child trafficking and makes a very strong argument as to why just has to be recognised and stopped.

Martha is taking a year off from going to University to work with Tearfund and, ‘ to make my self useful’.

In community, Faith and business

Getting to grips with the text…anywhere!

This means that anyone with a phone (non smart phone), in South Africa, can now access books through the World Reader app, which is hosted on the cloud based mobile application platform BiNu. This enables phones, such as Nokia which are widely used across the continent of Africa, to be used as reading devices.

This is amazing news for literacy and for all who are working to make reading a possibility for everyone across the world.

‘A recent report by UNESCO, Reading in the mobile era: A study of mobile reading in developing countries, highlights the importance of using mobile devices to encourage a culture of reading by providing access to books to people who previously had none.’ Â African Branch of Cambridge University Press, 11.8.14

CUP has made 360 e-books available via the app, including titles from the Cambridge African Language Library which is a primary reading series.

SmithMartin Partnership are excited at this development and all that it may mean for future readers. We are working with World Reader in a smaller way, through our Books Go Walkabout project to support e-reading and literacy.

The way ahead for future readers! 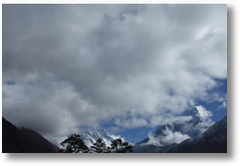 Have you ever found yourself gazing up at the clouds? Looking at the sky, waiting for something.

The disciples were told by the two men in white; we assume Elijah and Moses,
“Men of Galilee, why do you stand and look up to heaven?”

John 14:23-29
Acts 1: 1-11
Not an unreasonable thing to do, I would have thought if someone had been standing with you and then Lo and Behold ! There he is, carried up in a cloud.

Well I would definitely be standing there even today looking upwards, amazing!

It’s rather like when you have been to the theatre and it has been an amazing performance , a ballet, musical opera, something spectacular. The curtain goes back and forth at the end.You would like to stay there and maybe the curtain will pull back one more time and you will see the ballerina again.

Keep gazing though, because this time Jesus was going into heaven. But he did leave with the disciples the message that the Holy Spirit would come among them.

In other words look beyond the possible and into the vision. What we can do if we really have inspiration, being inspired, spirit given, looking heavenwards.

Peace I Leave with you

Peace I leave with you, my peace I give to you.

Do not let your hearts be troubled and do not let them be afraid.

Sixth Sunday in Easter and a great message.

Three years ago I was in Avila in Spain on a diocesan retreat. A week of warmth, sunshine and friendship. And on the way we met the words and life of St Teresa of Avila. Her most famous words;

‘Let nothing disturb you,
Let nothing frighten you
All things pass away:
God never changes.
Patience obtains all things.
He who has God
Finds he lacks nothing,
God alone suffices.’ Solo Dios Basta

And, you know, these words help a lot when times get tough and those you love seem far away.

Passing people by, walking on the other side of the street, not sharing a glance…an every day happening on most city streets. The Big Issue seller, with his back pack resting by the side has a struggle to make contact with those walking past.

What does it cost to be civil or smile or show some support, it doesn’t always mean parting with money.

A lack of care or an indifference seems to happen more in a wealthy society. And however many laws and regulations we have, a system built on increasing individual’s or an organisational wealth then maybe that inner morality is hard to maintain.

The Chief Rabbi, Dr Jonathan Sacks says in article for the Times,

‘Morality matters. Not just laws, regulations, supervisory authorities, committees of enquiry, courts, fines and punishments, but morality, the inner voice of self restraint that tells us not to do something even when it is to our advantage, even though it may be legal and even if there is fair chance that it won’t be found out.

The book of Amos, from the Old Testament, is also a book about society around the 700’s BC. A central plank to Amos is about social justice, and he wrote as a prophet about a society, where people were greedy and had stopped adhering to values, the wealthy elite had become rich at the expense of others. They had also reached a low point in their relationship with God.

They were passing people by, walking on the other side of the street and caring for themselves.

There is more about this under Trinity, in Faithgoeswalkabout.org for the Sixth Sunday after Trinity. 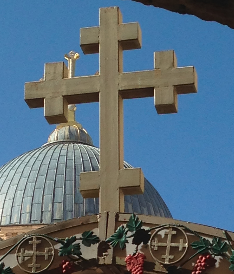