Posted on July 16, 2016 by faithgoeswalkabout 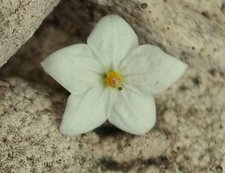 On the warm summers evening in Nice, people were out celebrating Bastille Day, enjoying family time, friendship, camaraderie and the beautiful setting of the promenade, the Mediterranean and the city.

The destruction that followed is beyond description and belief, I don’t understand how anyone in their right mind could have driven that lorry  and killed so many innocent people.

Was this done in the name of something else, religion…No, organisations on other shores… who knows?

So many questions to which there will never be an answer. On  TV news, the father of the driver held up a medical letter stating that his son needed constant psychiatric medications. A plea maybe to give some reasoning behind the action.

What can we do? How can we feel? Where does this leave us and everyone else in Europe?

I would suggest that ‘at a loss’ is most people’s attitude. Apparently the following evening, beyond the Promenade Anglais, the bars and cafe’s were open, people were not afraid and would not be intimidated. But it does leave a sense of fear which will spread beyond Nice and that is exactly what must not happen.

Fear is the biggest weapon in the hands of the enemy, it develops hate and prejudice.

In all that is happening in this world of 2016, a seemingly crazy year, let us look to others, for support and friendship, not close our doors, and retreat to an ever narrowing circle of life.

And pray…. for those in Nice, for those close to us and far away and for those who have just a touch of badness in us. I have added a prayer written by a 12 yr old on to the prayers on Faith Goes Walkabout.

This entry was posted in community, Faith goes walkabout. Bookmark the permalink.