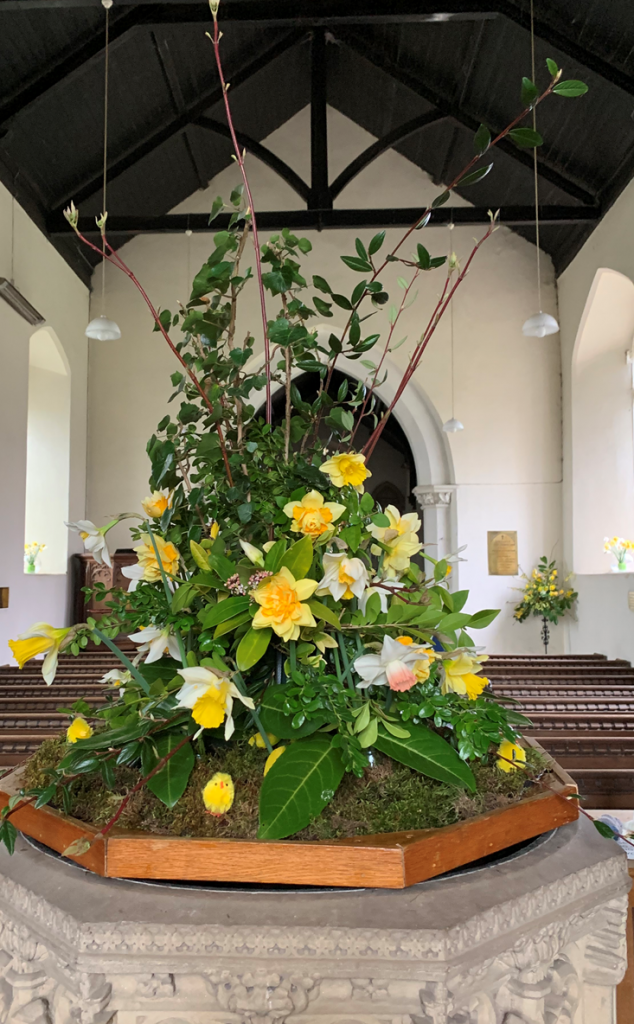 Alleluia, Christ is Risen! He is Risen indeed, Alleluia!

May I speak in the name of God, who is Father, Son and Holy Spirit

I am here with you always, to the end of the age.

‘The stone had been rolled away’

A stone, actually a very large piece of rock had been rolled away. A stone which had been formed at the beginning of time, formed through different ingredients, processes and time. It was as nothing to God and his angels to roll that stone away.

Did they actually think they could contain our Lord with a stone?

God created that stone. God created each of us, We are all different, we have different gifts and strengths, we were never meant to be the same. We are unique and in the eyes of God we are that special person he made us to be.

God’s love for us is shining through on this day. The day that his own Son, our Lord, Jesus rose again and showed the whole world that he has freed us from the power of death. He has died so we can be free of all sin!

This is a ‘divine moment’ an earthly ‘Big Bang’ when tumultuous divine energy has ensured we have the Light within us forever. Through Jesus resurrection we are given the eternal promise of eternal life.

In a different year when we could meet in church, we would also  be renewing our baptismal vows. That is what we do at Easter. But that is not so easy over Zoom, so we are moving that forward a few weeks until we can meet again in church.

Quite a story, so let’s just retell…starting with the triumphal ride into Jerusalem on Palm Sunday on the humble donkey. Crowded streets, the place packed with people preparing for the feast of the Passover, Jesus turning over the tables in the temple, the Last Supper in the upstairs room, for fear of being found, the long night in the Garden of Gethsemane, the betrayal of Jesus by Judas, the capture by the soldiers, Jesus coming before Pontius Pilate, the crowds calling for him to be crucified and the release of Barabbas.

The crucifixion, an unbelievably horrific event. Followed by Saturday, the holy day for the Jews and the Feast of the Passover.

On Sunday morning Mary Magdalene had gone to visit the tomb and see where they had laid his body. She saw that the stone had been moved and ran to Simon Peter and the other disciple whom Jesus loved, and told them.

‘They have taken the Lord out of the tomb and we do not know where they have laid him’.

The disciples ran to the tomb and found that Jesus had gone, and only linen wraps were left. Mary had stood outside weeping and then saw two angels in white, sitting in the tomb, who said to Mary,’ Woman, why are you weeping?

As she told them she turned around and saw Jesus but did not recognise him, thinking him to be the gardener, she asked if he could tell her where he had taken the body of Jesus.

But when Jesus said, “Mary!” she turned around and said,”Rabbouni”.

What did she feel? What could she do?

There is a lot unsaid in this passage.

‘Remember I am with you always to the end of the age.’

That is the Easter message. Jesus risen from the dead, alive and with us, here, now, and forever. No better message ever!

It is a love proclaimed, God who sent his only Son to be with us to show his love for all his people. But Jesus gives us forgiveness, he gives us love, he gives us a light to shine in the world.  He knows who we are, he knew us before.

I am here with you always, to the end of the age.