Posted on January 16, 2019 by faithgoeswalkabout 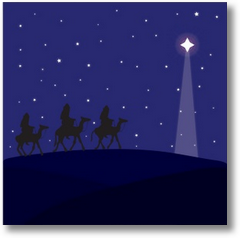 Darkness and on the road. But not like the Wise Men.

Some weeks ago, just before Christmas I went to London and was walking along the road towards The British Library. I noticed a hooded figure lighting up a cigarette in a corner, small, covered in black jacket with a hoodie.

I walked on and then heard a wailing from behind me. There were great crowds of people and no-one else seemed to notice this distressing call from behind, saying,  ” No, you can’t go there, that’s my pitch. Get out! It’s mine, I have it from Big Issue, it’s mine!”

A much larger man was in her space by the wall. He was not giving it up either despite emany wails, hits and tears!

I carried on to the library and had a coffee.

When I came out, it was nearly dark. There by the side of the road was my little figure, squatting on the road, cigarette in mouth, tears down her face, on the phone talking to someone about her problem.

Now, why I walked past a second time, I just don’t know! Please don’t remind me of the story of The Good Samaritan!

So, a month later, Jan 16th, I was walking back along the same piece of road in the dark. And yes, there was my girl, in her own pitch, in her claimed place on the streets of London, not selling Big Issue, but fast asleep, with a mountain of sleeping bags, wrappers, newspapers and other stuff. She looked about 16.

At least she was still with us, and I’m sure or I pray for the certainty, that other rough sleepers keep an eye on her, or maybe the local homeless charity or Camden borough.