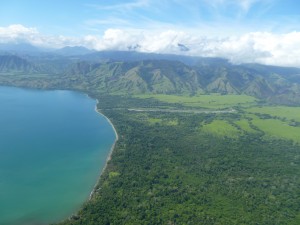 Papua New Guinea is 0.6 degrees south of the equator. it is an Oceanic country  With offshore islands in Melanesia in the South West Pacific Ocean.

It is one of the most culturally diverse countries in the world with 848 languages. It’s 7 million people live in mainly rural populations and in the few towns and cities.

The country is situated on the Pacific Ring of Fire and there are earthquakes and active volcanoes. It is surrounded by coral reefs and in the highlands there are dense rainforest and a rugged terrain across the mountains, the highest of which is Mt Willhelm at 4,509 metres.

The islands are at the east of the main land and some of the pilgrims will be visiting New Britain Island.